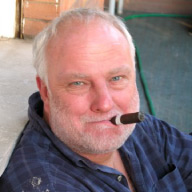 Professor James Pettifer was born in Hereford, UK in 1949 and educated at Kings School Worcester, Hertford College Oxford and the Free University of West Berlin. He is an associate of the Historisches Seminar Osteuropaische Geschichte in Zurich University, Switzerland. He has been a senior member of St Antony's College Oxford and Visiting Professor at the Institute of Balkan Studies, Thessalonica and was an Honorary Fellow of the Department of Greek and Byzantine Studies, Birmingham University, UK. From 2002 to 2006 he was a Visiting Professor in the State University in Tetovo, FYROM/Republic of Macedonia.

In 2007 he was Stanley.J.Seeger Research Fellow at Princeton University, New Jersey, USA. From 2000 until its abolition in 2010 he also worked in the Conflict Studies Research Centre of the Defence Academy of the UK.

He is a well known author of internationally recognised works on the region, such as 'The New Macedonian Question', 'The Turkish Labyrinth', 'Blue Guide to Albania and Kosovo', 'Kosovo Express', 'Blue Guide Bulgaria', and (with Miranda Vickers), 'Albania-from Anarchy to a Balkan Identity'. Their book 'the Albanian Question- Reshaping the Balkans' was published by I.B Tauris in the USA and UK in 2007. His recent book was published in 2012,'The Kosova Liberation Army Underground War to Balkan Insurgency 1948-2001'. Another recent publication was an edited volume 'Albania and the Balkans ; Essays in honour of Sir Reginald Hibbert'. In 2015 he published an edited book of papers (with Tom Buchanan) ‘War in the Balkans Conflict and Diplomacy before World War I ( I.B.Tauris London and New York City), from the Oxford University History Faculty conference held on the anniversary of the Balkan Wars 1912-1913. His most recent book is a travel and cultural history volume, ‘Meet you in Atlantic City Travels in Springsteen’s New Jersey’, (Signal Books, in UK, Interlink Publishing, in USA).

In 2018 he was the joint organiser in the University in Oxford of the centenary events for Professor Sir Dmitri Obolensky (1918-2018) and has recently become a Research Associate of  the Institute of Orthodox Christian Studies in the University of Cambridge.

He contributed to the London 'Times' coverage and comment on the Balkans for many years and is a regular broadcaster on the radio and television and writes currently for 'The Oldie', 'The Times Literary' Supplement', 'South Slav Journal' and other periodicals and academic journals.

He has lectured extensively in the United Kingdom, the United States, Germany, Austria, Italy, Sweden, Russia, Greece, Turkey and the Balkan nations. An important recent article was 'Svac- the Enigma of Montenegrin History' (with Averil Cameron). His works have been translated into Italian, Macedonian, Greek, Albanian, Serbian, Norwegian, Montenegrin, German and other languages.