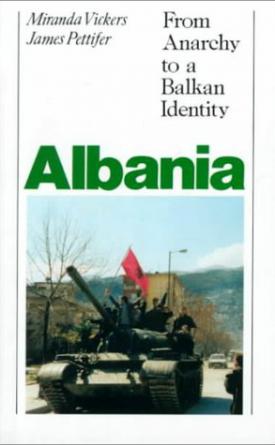 Albania - From Anarchy to a Balkan Identity

Miranda Vickers and James Pettifer take us behind the veil of former President Enver Hoxha's isolationist policies to examine the historic events leading up to Albania's transition to a parliamentary government. Beginning with Hoxha's death in 1985, Albania traces the last decade of Albania's shaky existence, from the anarchy and chaos of the early nineties to the victory of the Democratic Alliance in 1992 and the programs of the current government. The authors provide us with an analysis of how the moral, religious, economic, political and cultural identity of the Albanian people is being redefined, and leave no question that the future of Albania is inextricably linked to the future of the Balkans as a whole. In short, they tell us why Albania matters.