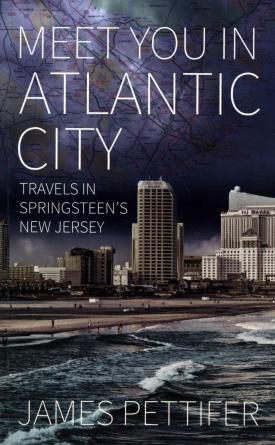 Meet You In Atlantic City: Travels in Springsteen's New Jersey

In this narrative of travel and cultural history, set during in 2007 during the last
period of the Bush administration, when the last great album ‘Magic’ by Springsteen and the original E Street Band and their tour becomes a metaphor for New Jersey society against the background of the Iraq war and the looming banking crisis. The book also explores the centrality of New Jersey to American history, the world of Princeton University, the beautiful landscape of the New Jersey shore, and the extraordinary hold recent cultural icons such as Bruce Springsteen and the Sopranos TV series has achieved, against a background of some of the most difficult social and environmental problems anywhere in the country‘