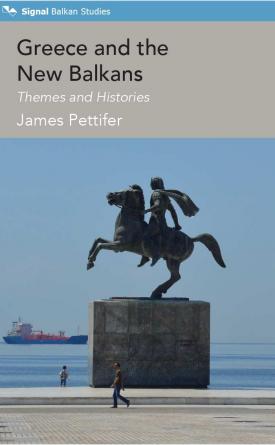 Greece and the New Balkans

In many years of work and study in Greece, James Pettifer has been an authoritative observer and analyst of events. In this collection of some of his most important studies, the relationships between Greece and its northern and eastern neighbours are explored as they have developed after the end of the Cold War. It includes eye witness accounts of the turmoil in Albania in the mid-1990’s and afterwards, and analysis of the profound new political forces shaping the new Balkans, and their effect on internal Greek politics and society. Keynote papers are the seminal ‘New Macedonian Question’, ‘The Rise of the Kleftocracy’, and in depth analyses of the position of the Greek Minority in Albania after Communism. In the central section of the book papers are reproduced on some of the central issues that have determined modern emerging new state identities, such as that of Montenegro after independence in 2008, and the unstable and complex development of the Republic of Macedonia over the recent period, after the short war there in 2001. The final section comprises important work on Greece during and after the financial crisis that started in 2009 and the political and financial turmoil that followed. This book will be an indispensible tool for all students of the contemporary history and politics of the southern Balkans and the nearby East Mediterranean.