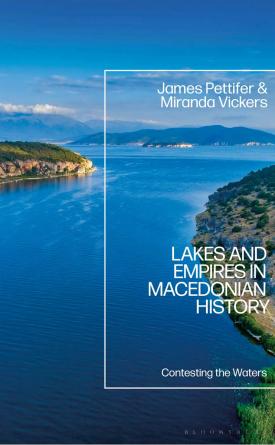 Lakes and Empires in Macedonian History

Lakes and Empires in Macedonian History tells the story of Psarades, a lakeside village in Macedonian Greece on the shores of Great Prespa Lake. This village, which is in many ways a completely typical Greek settlement and yet remainsunconventional in its way of life, embodies the many contradictions of modern Macedonian and regional history. In exploring the area’s historical roots, James Pettifer and Miranda Vickers skilfully uncover the wider social, cultural and political history of this little known lake region.
Drawing from oral testimonies and attentive to the construction of national histories, this book considers how the development of international borders, movement of people and role of national identities within imperial borderlands shaped Macedonia today. Focussed on the Prespa Lakes and making use of an innovative environmental historical methodology, Pettifer and Vickers offer the first environmental history of this oft-contested multi-ethnic borderland region.
The result is a nuanced and sophisticated transnational account of Macedonia from earliest times to the troubled present which will be essential reading for all students and scholars of the region.

“Reflecting nearly three decades of research, this is a stunning book written by two veteran Balkanists at the height of their powers. Rich in detail – from Macedonian lions and gladiators in ancient times to women gathering cow dung for fertilizer in the late 20th century – this volume uses the Prespa Lake region, wedged between Albania, Greece, and North Macedonia, as a prism through which to understand the politics affecting the Balkans as a whole. This is historical writing at its best.”
SABRINA P. RAMET, Professor Emerita, Norwegian University of Science and Technology, Norway