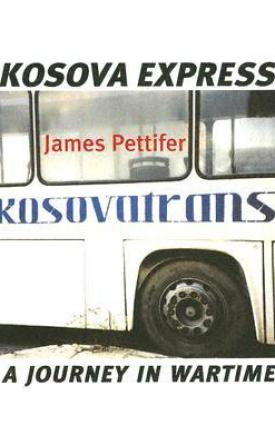 Kosova Express: A Journey in Wartime

In this unique eyewitness record, James Pettifer gives a startling and evocative portrayal of the terror and fear in Kosova under the Miloevic regime. As a writer for the London Times, he witnessed major events spanning from the emergence of the Kosova Liberation Army in May 1996 to the massive refugee movements of 1998 and 1999. He recorded the ground war between the KLA and the Serbs, the NATO bombing campaign, and subsequent liberation of Kosova. Pettifer offers new insight into hitherto undisclosed links between several European governments and the Miloevic regime.  Pettifer outlines the interplay between the reality on the ground and the perceptions promoted by the international media. He graphically describes the regions bleakly harsh yet beautiful landscapes. Kosova Express evokes the nightmare of Miloevics police state and illustrates the complexities of the lives of foreign correspondents.